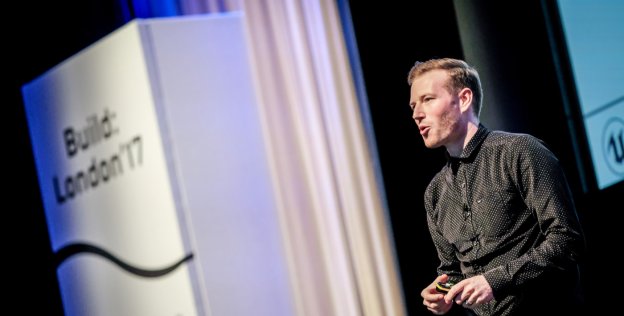 How To Entrepreneur: Neil Johnston

Having started his first business at primary school, CBF judge and serial entrepreneur Neil Johnston now has his own company that’s valued at multi millions of dollars. Here, he shares the secrets of his success, Magic Discos and how his entrepreneurial spirit impressed his Geography teacher…

Have you always been entrepreneurial?

I always remember wanting to run businesses. I remember making business cards when I was in primary school. I collected spare bike parts and sold them to my friends! I didn’t make any sales, but it shows there was obviously some kind of entrepreneurial inkling!

My first real business was when I was 14 – a company called Magic Discos. I loved magic! My DJ friends and I put on birthday parties. We made actual money with that one!

I don’t think I ever really fitted in at school. I was good at problem-solving subjects but lacked the enthusiasm to work hard for academic subjects. I did well in music and performance at school and, whilst I was friends with everyone, I was not really super close with any specific group.

Did school help your entrepreneurial journey?

When I was 16, I created a charity rock concert purely so my band could play a gig! I negotiated with the headteacher to give the whole school an afternoon off on the last day of term. We sold tickets and gave all the money to charity.

My Geography teacher (who didn’t take to me most of the time) told me he was super impressed with what I’d achieved and congratulated me on the concert’s huge success. This meant a great deal to me. There’s something significant about being the underdog in a situation and managing to turn that into a triumph!

Tell us about a failure you’ve had and how you reacted to it?

I’ve failed over and over and over again! I spent a decade keeping a music publishing and education business afloat. We did have successes – working with Apple on music events, producing viral YouTube videos and putting on two tours across America (Sting even paid for one of them!). We were even featured in Sir Ken Robinson’s Creative Schools bestselling book. But ultimately, the business never made a profit.

Now my software company (Vector Suite) has just pulled in investment that values the company in the multi millions of dollars. I only started building it 17 months ago!

There are almost ALWAYS some successes. Hard work always pays off in SOME way. Failing gives you resilience. You learn to ‘just keep swimming’.

What key character traits are needed to become a successful entrepreneur?

Resilience, passion and positive attitude about the future. These, alongside the ability to solve problems and see commercial opportunities, and you’re all set!

Which of these traits describe you and which need improvement?

I think I have all of them, but I struggle to stay disciplined. I don’t work well on administration, which has cost me in the past with government fines. I’m getting better, but still rely on my team to keep me focussed.

What advice would you give your younger self?

Get alongside gifted people in the areas you may be lacking, and learn that it’s OK not to be the greatest at everything!

Imagine you were launching your own business at the Children’s Business Fair. What three things would you do to help sell more?

First, have a beautiful stand. Take great pride in how beautifully presented it is, don’t have other things lying around looking messy.

Second, have a beautiful product. Make it look the absolute best it possibly can and be proud of it.

Finally, know your business and be ready to answer questions. If you don’t know where you sourced the products or how you made them, there’s no compelling sales story to win your customers round.

Neil scrutinising another business in his role of CBF judge

Thank you Neil from us all at the Children’s Business Fair.

Find out more about Vector Suite’s partnership with McLaren, here.

We use cookies on our website to give you the most relevant experience by remembering your preferences and repeat visits. By clicking “Accept”, you consent to the use of ALL the cookies. However you may visit Cookie Settings to provide a controlled consent.
Read MoreCookie settings
REJECTACCEPT
Manage consent

This website uses cookies to improve your experience while you navigate through the website. Out of these cookies, the cookies that are categorized as necessary are stored on your browser as they are essential for the working of basic functionalities of the website. We also use third-party cookies that help us analyze and understand how you use this website. These cookies will be stored in your browser only with your consent. You also have the option to opt-out of these cookies. But opting out of some of these cookies may have an effect on your browsing experience.
Necessary Always Enabled
Necessary cookies are absolutely essential for the website to function properly. These cookies ensure basic functionalities and security features of the website, anonymously.
Functional
Functional cookies help to perform certain functionalities like sharing the content of the website on social media platforms, collect feedbacks, and other third-party features.
Performance
Performance cookies are used to understand and analyze the key performance indexes of the website which helps in delivering a better user experience for the visitors.
Analytics
Analytical cookies are used to understand how visitors interact with the website. These cookies help provide information on metrics the number of visitors, bounce rate, traffic source, etc.
Advertisement
Advertisement cookies are used to provide visitors with relevant ads and marketing campaigns. These cookies track visitors across websites and collect information to provide customized ads.
Others
Other uncategorized cookies are those that are being analyzed and have not been classified into a category as yet.
Save & Accept
Powered by