How did you get started? 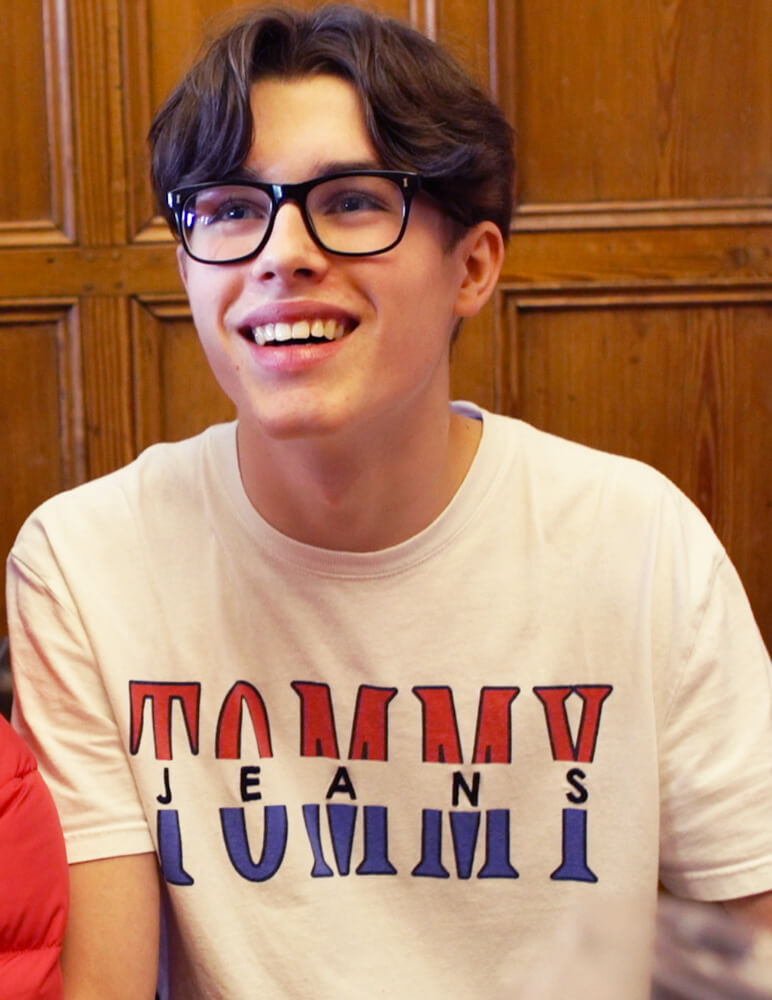 I was told about the Children’s Business Fair and thought it might be a good way to earn money. I’d been looking for a job, but couldn’t find one as I was too young.

What research did you do for your business?

I thought about tons of ideas. One idea was to carbonate fruit. I did loads of experiments to see if it could work. It was fun, but eventually I realised it wasn’t possible to serve more than one person at a time and also it was too expensive.

I then thought about what people would like at the fair. I love candyfloss and thought there’d be plenty of people who love candyfloss too – so that’s what I decided to do.

I spent a long time researching which candyfloss machine to buy. Some were cheap – but could only produce a little at a time. I found some professional ones, but those were hundreds of pounds. My parents lent me the money for a mid-price machine (£150).

What was your business plan?

I realised that the costs of making the candyfloss is really low, as it’s just sugar. I had to buy sticks and bags, but otherwise my profit margin from each serving was 95%.

To pay off the cost of the machine, I’d worked out I’d have to sell around 80 sticks. The main issue was that the fair wasn’t long enough to make that many. So, I pre-prepared lots of bags of candyfloss the night before. We sold out on the day – so I kind of wish I had made more.

It is easy, but only after practice. There’s a video of my first attempt. It’s pretty funny – but now I’m quite good making it. And I also really enjoy it. (See Noah’s video below)

How much money did you make at the fair?

I made £96 which I was really happy with. I need to pay my parents back in full for the machine – but after that, it’s all money for me!

What advice would you give potential participants?

Come up with an idea that you love and that you think other people will love. Keep your costs down. Also don’t be afraid of going up to people to sell your products. If they say no, there’s always someone else you can sell to.

Are you going to continue to develop your business?

Since the fair, I’ve made more money by selling candy floss to my friends. I need money right now for the holidays, so I’m going to do another fair. 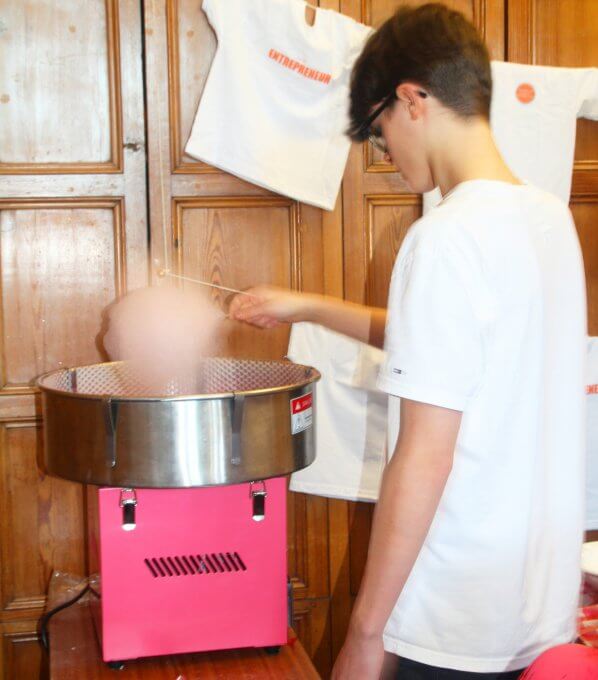 Noah perfecting his candyfloss skills at the CBF

We use cookies on our website to give you the most relevant experience by remembering your preferences and repeat visits. By clicking “Accept”, you consent to the use of ALL the cookies. However you may visit Cookie Settings to provide a controlled consent.
Read MoreCookie settings
REJECTACCEPT
Manage consent

This website uses cookies to improve your experience while you navigate through the website. Out of these cookies, the cookies that are categorized as necessary are stored on your browser as they are essential for the working of basic functionalities of the website. We also use third-party cookies that help us analyze and understand how you use this website. These cookies will be stored in your browser only with your consent. You also have the option to opt-out of these cookies. But opting out of some of these cookies may have an effect on your browsing experience.
Necessary Always Enabled
Necessary cookies are absolutely essential for the website to function properly. These cookies ensure basic functionalities and security features of the website, anonymously.
Functional
Functional cookies help to perform certain functionalities like sharing the content of the website on social media platforms, collect feedbacks, and other third-party features.
Performance
Performance cookies are used to understand and analyze the key performance indexes of the website which helps in delivering a better user experience for the visitors.
Analytics
Analytical cookies are used to understand how visitors interact with the website. These cookies help provide information on metrics the number of visitors, bounce rate, traffic source, etc.
Advertisement
Advertisement cookies are used to provide visitors with relevant ads and marketing campaigns. These cookies track visitors across websites and collect information to provide customized ads.
Others
Other uncategorized cookies are those that are being analyzed and have not been classified into a category as yet.
Save & Accept
Powered by